Chocolate Could Go Extinct in 40 Years 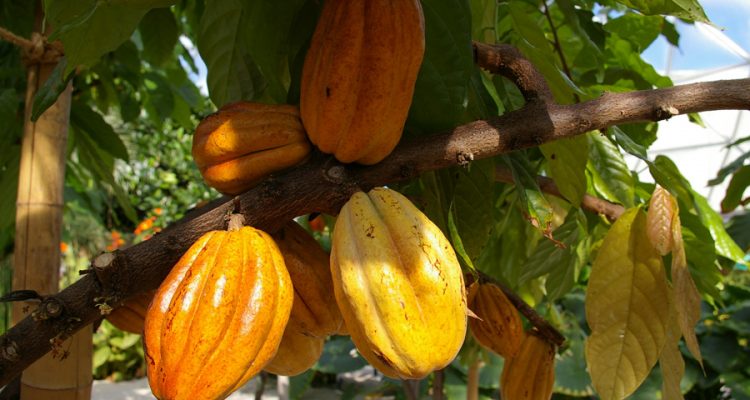 Chocolate Could Go Extinct in 40 Years

Chocolate lovers, you have scientists to thank for working to avoid the catastrophe that would be everyone’s favorite candy vanishing in our lifetime.

According to the National Oceanic and Atmospheric Administration, cacao plants are on track to go extinct by 2050 due to rising temperatures and drier weather conditions expected to occur in the areas in which they’re grown. Cacao plants are already at a disadvantage given the limited area they can thrive in — within 20 degrees north or south of the equator, in a place with mostly uniform temperatures, high humidity, plenty of rain, and wind protection.

Given these very specific conditions, more than half of the world’s chocolate is grown in Ghana and Côte d’Ivoire. The temperatures in these countries are expected to rise by nearly 4° Fahrenheit by 2050 if “business-as-usual” conditions continue, BusinessInsider UK reports. This is expected to push the optimal growth area for cacao uphill into more mountainous zones that are already largely preserved for wildlife.

You don’t have to start stockpiling chocolate bars just yet, though. Scientists at the University of California, Berkeley and Mars (the company behind candy bars like Snickers and M&M’s) have teamed up to find a solution to the problem. They’re working on utilizing a gene-editing technology called CRISPR to develop plants that will be able to survive in the expected weather conditions. If this works, there wouldn’t be a need to relocate farms or debate over how to use the protected land.

Mars, which would obviously be majorly affected by a drop in chocolate supply, pledged $1 billion back in September to reduce its carbon footprint by more than 60 percent by 2050. The company’s chief sustainability officer, Barry Parkin, told BI UK his company is trying “to go all in.”

“There are obviously commitments the world is leaning into but, frankly, we don’t think we’re getting there fast enough collectively,” Parkin said.

Another option offered by the NOAA is retaining and replanting rainforest trees (read: not clearing more rainforests), which would provide cacao trees with shade and retain more carbon within the trees.